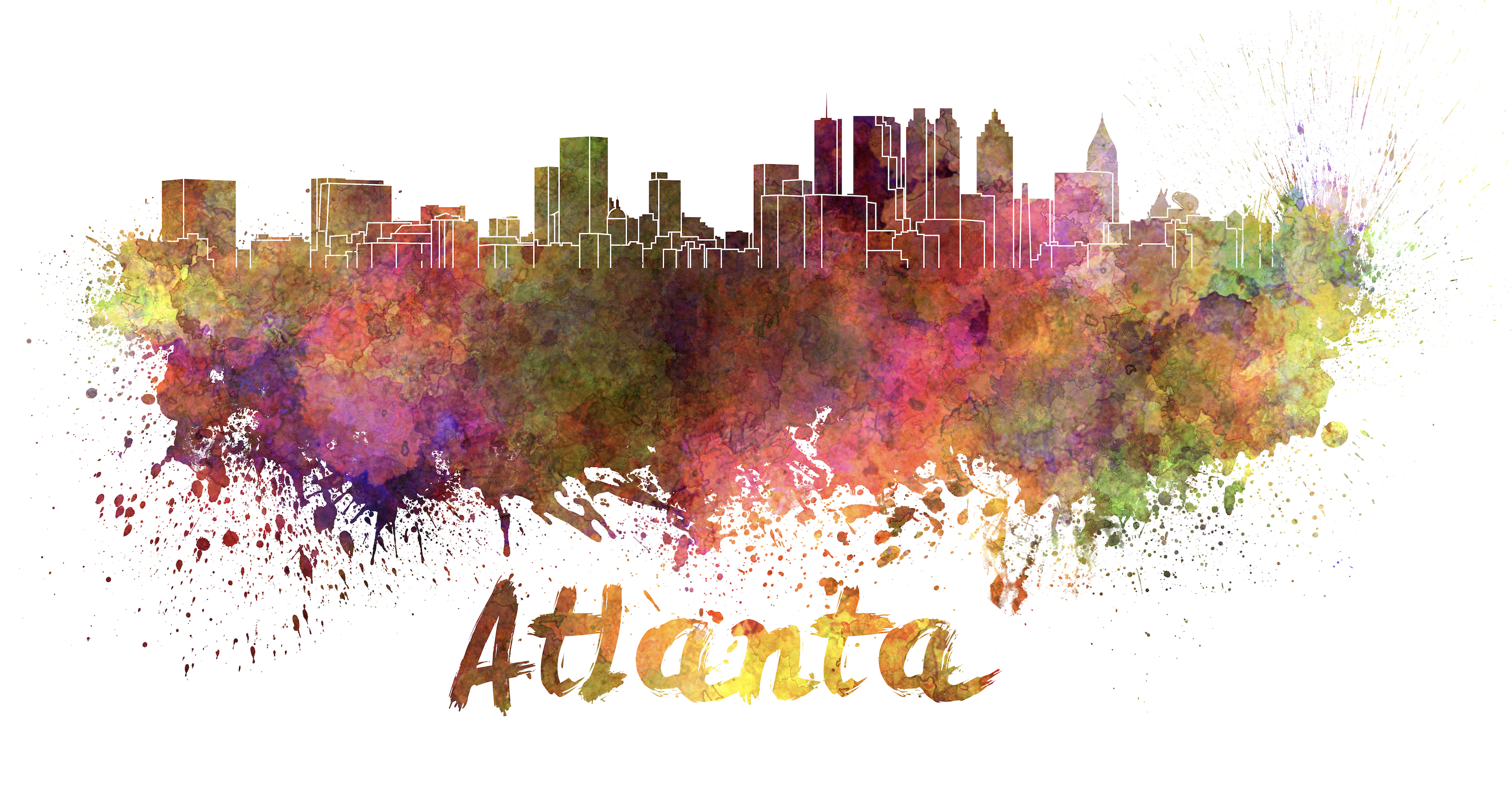 36 TV Shows and Movies Filming in Georgia in November

Georgia’s film industry is on fire. Here’s what’s filming and what’s going on in and around Atlanta.

Producers are still hiring and casting directors are continuously looking for the right talent to work on TV shows and movies filming across the state.

Stranger Things is one of the biggest TV shows still filming in Atlanta, Georgia. Meanwhile, Georgia’s film industry is facing a boycott following the election of Brian Kemp as governor. Kemp, who served as the Secretary of State and oversaw the election, has been accused of voter suppression leading up to the election. Some of Hollywood’s biggest influencers, actors, models, and talent are calling for a boycott of Georgia’s booming film industry. For example, Frank Rich, the executive producer of HBO’s VEEP, said, “If Kemp wins in Georgia, Hollywood should put its money where its mouth is and pull all production out of the state,” Rich tweeted.

A state tax credit was signed into law in 2008 giving productions up to a 30 percent tax break by filming in Georgia. This incentive was enough to convince Hollywood producers to film in Georgia.

Big productions such as The Hunger Games, The Walking Dead and Divergent helped boost Georgia’s film industry. In fact, small cities are now being used as filming locations. Producers are searching and finding small towns across Georgia to film their TV shows. The small town of Senoia, Georgia has transformed since The Walking Dead set up a location in the small town.

Check out the full list of TV shows and movies filming in Georgia below.

BET’s upcoming drama series based on the life and career of Soul Train creator Don Cornelius, from Jesse Collins Entertainment (The New Edition Story, The Bobby Brown Story). According to Deadline, “Sinqua Walls will play a young Cornelius in the 10-episode series that is inspired by the personal trials and professional successes of the young, ambitious and troubled impresario Cornelius. The drama series is described as an unflinching look at the entrepreneur, his Soul Train dancers, crew and musicians in an unforgiving Hollywood in the 1970’s – how they work, play, rise and fall against the backdrop of Soul Train — “the hippest trip in America” and one of the most predominant television shows for African American culture. The series was announced in April as part of BET’s 2018-19 slate. A premiere date has not yet been set.

Black Lightning Season 3 Black Lightning centers on Jefferson Pierce (Cress Williams). He made his choice: He hung up the suit and his secret identity years ago, but with a daughter, Jennifer (China Anne McCain) hellbent on justice and a star student being recruited by a local gang, he’ll be pulled back into the fight as the wanted vigilante and DC legend Black Lightning.

Fueled by romance, friendship, gender politics, love and of course, sex, this half-hour serialized comedy continues the story from the same-named 1992 American romantic comedy film, in which a successful executive finds out his boss is a bigger deviant than he is. The updated version follows the lives of Jacqueline Boyer’s son, Bryson, and Marcus and Angela Graham’s daughter, Simone, as they try to step out of their parents’ shadows and create their own legacies. Viewers see a group of childhood friends as adults who are looking to build careers as marketing professionals while navigating their feelings for one another.

Thirty-four years after events of 1984 All Valley Karate Tournament, a down-and-out Johnny Lawrence seeks redemption by reopening the infamous Cobra Kai dojo, reigniting his rivalry with a now-successful Daniel LaRusso.

As Project Casting previously reported, the upcoming sequel will be released on August 7, 2020. The studio has reportedly hired the director of “Hustle & Flow,” Craig Brewer, to direct the project with Eddie Murphy expected to return as the star of the show.

It is essential to keep in mind, “Coming to America 2” has been in development for several years with director Jonathan Levine previously attached to direct the production.

Filming for the upcoming “Coming to America” sequel was set to film in California after the California Film Commission awarded Paramount a $13 million tax credit last April. However, Variety reports, they needed to start production within 180 days. That did not happen.

A man comes to terms with a potentially terminal diagnosis.

Dish Nation Season 8Personalities from the country’s most-popular radio shows in major markets present their takes on pop culture, celebrity scandals and the news of the day. “Dish Nation” focuses on the comedic side of the breaking entertainment news format. Memorable moments from the radio shows come alive with animation, images and video footage from the radio studios. The featured radio personalities include Rickey Smiley and Heidi Hamilton.

Doom Patrol is an upcoming drama series based on the DC Comics superhero group Doom Patrol created by Arnold Drake, Bob Haney, and Bruno Premiani that is set to premiere in 2019 on DC Universe (streaming service). It is a spin-off of Titans. Filming began in Georgia in late August and early September 2018. The show features  Diane Guerrero, April Bowlby, and Alan Tudyk.

A modernized reboot of the 1980s primetime soap follows two of America’s wealthiest families, the Carringtons and the Colbys, as they feud for control over their fortune and their children. Told primarily through the perspectives of two women at odds — Fallon Carrington, daughter of billionaire Blake Carrington; and her soon-to-be stepmother, Cristal, a Hispanic woman marrying into the WASP family — “Dynasty” not only features the glitz and gloss of extreme wealth, but also exposes the dark underbelly of a corrupt world built on backroom deals. (via)

Details for the project have not been released. However, according to reports, the upcoming “Suicide Squad” feature film is filming under the code name “El Dorado”. It’s currently unknown what the story will revolve around, but this title could give us a little clue.

James Gunn will work as the writer and director for “The Suicide Squad” and will follow David Ayer’s 2016 film “Suicide Squad”. However, instead of being a sequel to the Ayer production, this is described as a new perspective to the franchise from the mind of Gunn that will feature a mix of new and old characters.

Viola Davis is coming back to play Amanda Waller, while Margot Robbie is set to reprise her role of Harley Quinn. Jai Courtney and Joel Kinnaman will be returning to play Captain Boomerang and Rick Flagg, respectively.

That said, Idris Elba will be replacing Will Smith but will play a new character and not Deadshot. Deadshot has been written out of the movie but may return in the future with Will Smith returning.

Details have not been released.

“Swimfan” meets “A Star is Born” in this female-led, music-centric thriller that puts the audience front row center in a tortuous tale of friendship, obsession, and fanaticism.

Variety reports, “Ghost Draft,” written by Zach Dean, is about a man drafted to fight in a future war where the fate of humanity relies on his ability to confront his past. Yvonne Strahovski will play a character Pratt meets in the future who has a connection to his past.

Legacies is an upcoming American television drama series to debut on October 25, 2018 on The CW. It is a spin-off of The Originals. It was also announced that The Vampire Diaries veteran Matt Davis would star in the project along with Aria Shahghasemi, Quincy Fouse, Jenny Boyd, Kaylee Bryant.

Lovecraft Country is an upcoming drama horror television series based on Matt Ruff’s novel of the same name. It is set to premiere on HBO. The series is produced by Monkeypaw Productions, Bad Robot Productions, and Warner Bros.

Lovecraft Country follows “Atticus Black as he joins up with his friend Letitia and his Uncle George to embark on a road trip across 1950s Jim Crow America in search of his missing father. This begins a struggle to survive and overcome both the racist terrors of white America and the terrifying monsters that could be ripped from a Lovecraft paperback.”

A reimagining of the classic series, is an action-adventure drama about 20- something Angus “Mac” MacGyver who creates a clandestine organization within the U.S. government where he uses his extraordinary talent for unconventional problem solving and vast scientific knowledge to save lives. Joining his team on high-risk missions around the globe is maverick former CIA agent Jack Dalton. Under the aegis of the Department of External Services, MacGyver takes on the responsibility of saving the world, armed to the teeth with resourcefulness and little more than bubble gum and a paper clip.

Speaking to Bossip, will focus on Waka Flocka’s life with Tammy and their daughter, Charlie: “And it ain’t scripted either,” Waka insists. “It’s not a scripted show. This isn’t something from the network. We control all this. It’s about time that the people see some real reality s**t. Thank God for Mona Scott Young. She definitely deserves some credit. Even to get the opportunity to get on the platform. But it’s up to you how to you to be represented to the world.”

“Respect” will open in theaters on Aug. 14, 2020. Scott Bernstein and Harvey Mason Jr., who has produced music for both Aretha Franklin and Jennifer Hudson, are producing the film.

Animal Planet has renewed “The Aquarium” for Season 2, TheWrap has learned exclusively. The series documents the daily work at the Georgia Aquarium and its global conservation efforts

A Southern Gothic tale about three cursed brothers seeking revenge on their long lost daddy who sold their souls to the devil before they were even born.

The Resident centers around Devon Pravesh (Manish Dayal) a young doctor who begins his first day working with senior resident Conrad Hawkins who pulls the curtain back on all of the good and evil in modern-day medicine. Lives may be saved or lost, but expectations will always be shattered.

The Slaton Sisters. Amy and Tammy Slaton are a pair of YouTube comediennes from rural Kentucky.

Sheriff Deputy Rick Grimes wakes up from a coma to learn the world is in ruins, and must lead a group of survivors to stay alive.

Thunder Force is an upcoming American superhero comedy film directed and written by Ben Falcone. Starring Melissa McCarthy and Octavia Spencer, the film will be released by Netflix. Wikipedia

According to the casting call, ““Ruthless” is a new dramatic series that will air through BET’s streaming service, BET+ and will have a mature adult themed content. “Ruthless” will take viewers into the dark world of a religious cult that uses sex and drugs to manipulate and control its members.”

The critically acclaimed smash hit WIFE SWAP is back and now searching for families in the ATLANTA area!