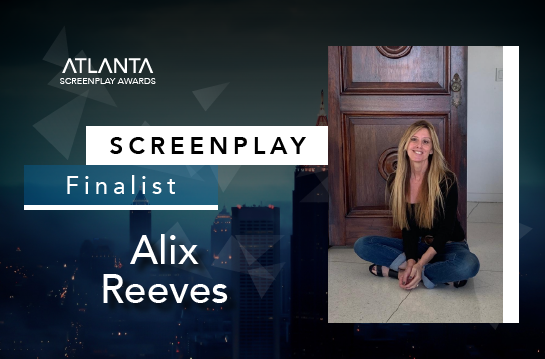 Alix Reeves, I was born in Havana, Cuba. I now live in Pasadena, Ca. Reading, working on my house, interior design, painting, and are all my hobbies.

The idea people can buy human organs intrigued me. It’s not like buying anything else, human organs are vital, and yet thousands of people die on the wait list. The wait list on its own is bizarre, but what if there wasn’t a list, what if you could just go out and buy an organ? Then I wondered, who to buy it from? Then it hit me, heck, everyone needs money. College kids, housewives, businesspeople, young couples, everyone. Then, all you’d need was a person to bring these groups together and of course, a surgeon in tow would be helpful.

Queenpins took a lot of research, I spoke to doctors, surgeons, morgue techs, and nurses all over L.A. These interviews were essential to learn how my storylines and concepts would actually work in the real world.

It took about a month to get all the facts down and write the script, then about three months to rewrite. There were about 20 drafts.

Since I was a kid, holes in plots or poorly written films kept me up at night looking for viable solutions, and ways to make the story work. It was a strange obsession, but it got me here.

It’s hard to pinpoint just one influence and to be fair, inspiration is a constant with me. Mostly it comes from book authors who have unique voices. Chuck Palahniuk is a big favorite, as is Paul Auster, and in screenwriting it’s definitely Vince Gilligan.

In Charley Kauffman’s Adaptations, he changed storytelling paradigms when he shifted the plot at the second half of the film. It was beautiful.

Scout in To Kill a Mockingbird. This is who comes to mind. (I bet I’ll think of a much better answer as soon as I hit send on this doc.) Scout’s freedom of adventure, her drive for knowledge, and her sensitivity drew me in.

Truman Capote. I’d just want to sit with him and let the conversation lead itself.