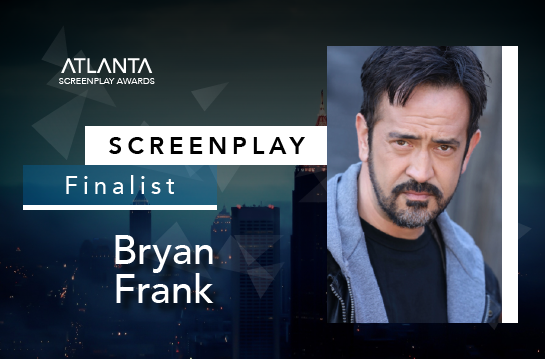 My name is Bryan Frank, creator and writer of FREEDMAN, a one-hour supernatural dramatic pilot. I was born and raised in Seattle, WA, and spent 22 years in Los Angeles before moving to Atlanta, GA I grew up loving art and drawing, and am fortunate to enjoy a career as a freelance illustrator.

I created a supernatural world that existed during the post-Civil War era in US history, originally intended to produce and publish a graphic novel series. The original story centered on a “Magnificent Seven” type of Old West mercenaries who were vampire hunters. One of these characters was a master tracker known as The Freedman, a genius emancipated slave, sort of a Black Sherlock Holmes. Later, thought the character was more interesting than the Mag 7 storyline and made him the protagonist. FREEDMAN is his origin story.

FREEDMAN probably took longer to develop than most, because The Freedman was a minor character in a much larger supernatural world, and since was focused on graphic novels, didn’t even think about screenplays for years! Once made the choice to develop FREEDMAN as a pilot, things really started coming together. I teamed him up with Father Joshua Matthias, a flawed Catholic priest with a terrible impulse-control issue. The city of New Orleans, LA, is so rich with supernatural elements and legends-ghosts, voodoo, vampirism, immortals, etc. that once I started researching, the plot lines almost began to write themselves. From making the choice to write FREEDMAN, through character development, the relationship dynamic, researching Louisiana history, and finally breaking down the beats and writing the script, it took almost a year to complete my first draft. Then showed it to people whose opinions trust, then employed a script consultant. Rewrites and tweaks took another year before was satisfied enough to put FREEDMAN to bed.

As mentioned, I’ve loved art and drawing all my life. I’ve pursued acting since college, and other artistic endeavor, dabbling in music, improv, web-based sketches and so forth. I went through a difficult time in my life where devoured self-help and spirituality books, and dug deep to find what drives me at my core. learned that behind the spectrum of artistic expression, am fundamentally a storyteller. I love telling stories. I love finding a way to leam life lessons from experience and observation, and passing my findings on to anyone who is interested. After that, I began to write. My lifelong passion for film proved to me that film is a powerful method of communication that can plant seeds of empathy in the viewer, sometimes without them even knowing it. So that is what want to do-entertain, inspire, and plant seeds of empathy through visual narrative.

My greatest influence in writing for the screen is Rod Serling, most known for creating “The Twilight Zone” series. Serling and both live in a world of analogies, finding a unique, relatable way to hold a mirror up to the viewer, often through uncomfortable, creepy, and suspenseful avenues. My second great influence is Steven Spielberg. Spielberg has an uncanny knack for developing relatable characters that the audience immediately cares about, within the first 15 pages of feature screenplays. In Jaws, E.T., Close Encounters, and Poltergeist, the viewer is locked in to the family dynamic within just a few scenes. It’s incredible to me that he can accomplish so much connection in a short time, then get on with the plot development.

I can only choose one? Goodness. As a kid, I was all about Star Wars and Indiana Jones As a grown up though, the TV series “LOST” blew my mind. spent so much time researching fan theories on the mysteries of The Island, it’s people and secrets, spent so much time on message boards and discussions, that I wasn’t getting anything done in my day. I think it was becoming detrimental to my career ambitions Thankfully the series ended after its sixth season.

I don’t think can choose just one. But the first thing I remember is seeing Back To The Future for the first time in the theater. That moment where wimpy George McFly punches out Biff Tannen. Tormented by this bully all his life and he never did anything about it, until he saw Biff hurt Lorraine, shoving her by the face to the concrete. The shock on George’s face slowly transforms to this seething rage as Biff laughs. George’s jaw tightens as he slowly rises from his knees, his bony left hand curls into a tight fist. Biff turns just in time to see George throw the left hook of his life. Years of torment and pain connects with Biff’s jaw, spinning him all the way around before sliding down the car unconscious. It was a turning point in George’s life, as we find out later…. It’s a wildly entertaining and satisfying example about how one choice in your life, even a small one, can change everything for a person.

My favorite single character in film is Dr. Henry “Indiana” Jones, Jr. Handsome, educated, idealistic, athletic and skilled, Indiana Jones is a quintessential flawed hero. He bleeds, he gets his ass kicked, he plans and executes without wasting too much time deliberating over his decisions, and as he says in Raiders of The Lost Ark, he’s just making it up as he goes along. I love him because he’s brains and physicality, he’s almost always afraid, and yet he does what he must. That’s the definition of courage.

This is going to be a strange answer, but of all the people in history, I’d want to talk to Bruce Lee in early 1973, just months before his untimely death. Lee has become one of the few people to reach a borderline superhero status-one of those people who are just a little bit better, a bit more focused, a bit more powerful, and a bit more magical than the rest of us. I would love to get acquainted with the real man, and hopefully tap into what motivates him and how he developed himself as such an effective human spirit to achieve everything he set out to accomplish in such a short time.