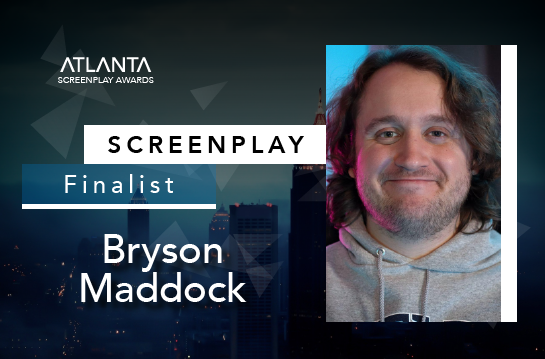 My name is Bryson Maddock. I was born in Peoria, Illinois, and still currently live there. I am an esports journalist and have put a lot of my focus on the gaming world, with gaming being one of my largest hobbies. I found that storytelling through video games to be extremely compelling, but also find the social aspect of esports and video games to be vitalizing. Gaming brings people together.

The beginning concept of this film came to me at a much younger age. When I was in high school, I had the idea of writing a film based around a brother and sisters relationship. This idea came to me back when I was 17, which was in 2014. Later on, in life, my best friend developed a horrific drug addiction. I have seen things that I would never wish for another to see. My friend, who is now sober 2 years, is my brother, and that is where the final inspiration for ‘Dear, Brother’ came from.

I actually started writing this film before even mapping it out. Usually, my process begins with me writing an outline, and establishing the characters. I did that after writing the first 20 pages of this script. It took me probably 3 months to finish after I began writing.

I have always loved writing. I have written music, short films, blogs, articles, etc. I have a longing to change lives, and I feel that through my writing is how I can make that happen. Films can be compelling.

The fact that a movie can make one question their entire moral makeup, is extremely powerful. I realized that I have stories to tell, and messages to get out to others. I also find writing to be extremely therapeutic, as it helps me make sense of some of the thoughts in my head.

I will always pay homage to Christopher Nolan. His movie ‘Inception’ is what made me fall in love with filmmaking. Now, I do not tell stories like he does. A lot of screenwriters that I admire most are Charlie Kaufman, Robert Eggers, and a few more. I also am a big fan of some of Casey Affleck’s work. I find it compelling when a writer can tell a story that is more focused on the dialogue, and hidden metaphors, rather than the plot. A lot of work out there that has this subtle way of storytelling is what inspires me. It is amazing to see a writer change your life through just written human interaction.

One film that I have been obsessed with since its release is the movie ‘Arrival’. Dennis Villeneuve is another writer and director that I draw a lot of inspiration from. This move hit me in ways I did not

expect. He was able to tell an interesting and mysterious story, but add this dramatic feel to it, that absolutely tore at your heart.

I would have to Leonardo Dicaprio’s scene in Django Unchained when he broke the glass and actually cut his hand, but kept the scene going. It is just wild to me that someone has that much will for their art, that they can literally be in agony but still create something amazing.

Wow, this was a question that got me really thinking. There are so many amazing characters that have been written and performed, but one that has sat with me the most was Joaquin Phoenix’s ‘Joker’. HIs performance was astounding, and the writing was incredible. Every bit of that movie made you feel like you were living in this man’s head. You really understood his pain.

I would talk to Robin Williams. I was always told that my personality reminds me of him, and he was such an inspiration to me growing up. He was able to mix heart and comedy, in ways that I think very few other actors can do.