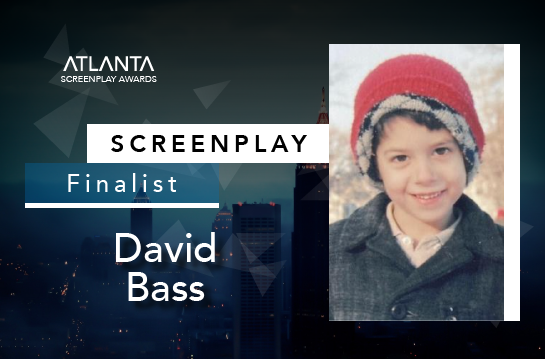 Hello, I’m David Bass, born in Coronado, CA when my father was serving in the U.S. Navy. Living in Raleigh, NC since 2003. The picture above is from 1966, as a first grader near Boston. As for hobbies, I like to play poker (an amazing setting for studying character), including multiple trips to Las Vegas to participate in the World Series of Poker.

The concept for FUCC grew out of many conversations with my brother (Ken), a lawyer, avid golfer and upscale country club member, about the contrast between the external trappings of success and internal shallowness and gullibility of many country club members. Ken hosted me for many rounds of golf at Lowe’s Island Golf Club, in the Virginia suburbs of Washington, DC. Numerous times I was his guest for the annual member-guest extravaganza both before and after Lowe’s Island was purchased in 2009 by a prominent real estate developer and renamed “Trump National Golf Club Washington DC.”

The script took about four months to write and polish.

First of all, there’s no once-size-fits-all process for screenwriting. Before writing anything, I spend a lot of time thinking about the story and characters, making notes to jog my memory later. The writing starts with a beat sheet and story synopsis. I like to begin with the end in mind. For FUCC, I wrote the opening scenes, then the ending. This gives me a target destination for the protagonist’s journey. After that, it’s back and forth between quantity – writing new pages – and quality – editing and rewriting prior scenes. If I get stuck, I can go to the end and work backwards until the story connects in the middle.

I started screenwriting in late 2019 and quite by accident. A friend approached me about a joint project (“let’s write a comedy about poker”) and soon after we started, my friend pivoted to other interests. Unable to shake the story out of my head, I kept going and completed a pilot. In early 2021, I shifted focus from TV pilots to feature comedies, completing three features since then with a fourth underway.

There are many, however Save the Cat by Blake Snyder was instrumental in understanding structure and fundamentally changed my experience in watching many movies.

There are many I’ve enjoyed but none would rise to “obsession.”

There are a few lines I’ve repeated many times, but not really from classics, including “I’m not dead yet,” from MONTY PYTHON AND THE HOLY GRAIL, and “I’ve never been anybody’s best time before,” from ROMANCING THE STONE.

I’ll always cry when the title character in RUDY gets on the field for the final two plays as a football player at Notre Dame, then his teammates carry him off on their shoulders.

Mike McDermott, with a special shout-out for Vivian Ward

Mahatma Gandhi and George Washington, two leaders whose unconventional actions and fierce determination changed the fate of entire continents for the better. How many of their actions were strategic, with a goal or end in mind? How much was the result of more tactical day-to-day or in-the-moment decisions?

Also, Theodore Roosevelt, to ask about the path from being born into wealth and privilege to a lifelong commitment to public service, raising ethical standards and environmental preservation.