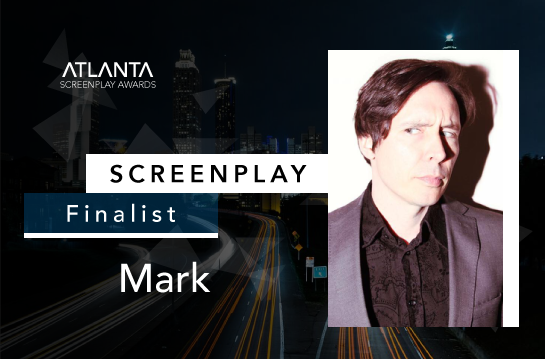 Mark. England. London. My hobby is Podcasting: I co-host The Worst Writer in the World, a show where my oldest friend reads everything I’ve ever written from the age of 6 and up and we’re mean about it. The show is available free from wherever you get your podcasts.

When I was approximately 12 and started sending Dr Who scripts to the BBC.

Amongst many, I love Charlie Kaufmann and Andrew Niccol. I take my angst from the former and my happy endings from the latter.

Many years I was obsessed with Doctor Who, I liked it for its silly and sometimes dark humour, which I soon discovered was due to genius Douglas Adams’ stint on the show. Now I like shows such as  Succession and Better Call Saul, which I likewise adore because they have me laughing at silly and terrible things.

I enjoyed the Sony hack.

Anyone from Fargo. Perfect cast.

Stanley Kubrick, to ask him how he faked the moon landing.