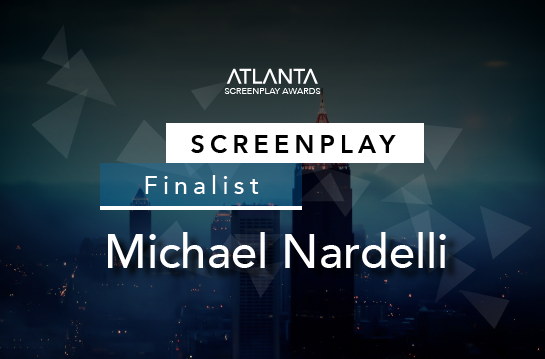 My name is Michael Nardelli, I was born in Cleveland, Ohio and I live in Los Angeles now. My hobby is all things film and storytelling. I live for art: sharing it, making it, enjoying it.

iKnow How You Feel has had a long journey. I started writing it in college as a straight up coming uf age, psychological drama in the vein of One Flew Over the Cuckoo’s Nest and Rebel Without a Cause. Then I flirted with the idea of it being series and really delving deep into multiple characters and all their histories. But, I saw a play in Brooklyn called People, Places, and Things that touched on similar themes and it reminded me how important and powerful a singular narrative experience can be with a real focus and not chopped up into so many parts and B Storylines. So, I reigned it back into a film, an underserved medium these days, and cut out the fat. Then my work on other projects made me feel I shouldn’t be afraid to lean into genres that interest me the most (namely, science-fiction). Suddenly, with Adam now a sick robot instead of a sick human, the story become more metaphorical and interesting to me (and hopefully others). Throughout lockdown, where I finally had the time to live in every cell of the world, it evolved into what you read now.

It’s hard to describe on this because it evolved so many times over long stretches of time while I worked on other things. I’d come back and work on this story (it had different titles and characters and events) then leave it for a while. I always kept a list of notes as it grew in my brain. Time, research, and events in my personal life slowly baked into the “finished” project you can read now. Every rewrite was a bit agonizing though. I’d get my page count down, then it would inflate with new relevant research I’d done or personal life experiences that felt necessary to incorporate. It was not a quick process, and it is still ongoing.  Oddly, the science-fiction world depicted in this story is now maybe a few years even from reality? Scary.

A few writers I admire are Alvin Sargent, Nicholas Ray, Alex Garland, Duncan Macmillan, Stephen Karam. Some filmmakers I adore are Hal Ashby, Alfred Hitchcock, Alfonso Cauron, Stanley Kubrick, Richard Linklater. Some in that list do it all, I love that.

The remake of Battlestar Galactica because it touched on everything important without being preachy and literal, and carefully managed dense plotting with profound and moving characters. Lots of cool action, too.

That’s so darn hard to answer, but the first thing that popped into my mind was the final moment of Before Sunset with July Delpy telling Ethan Hawke’s character he’s going to miss his plane. Small moments like that that actually say everything seem very hard to accomplish and you feel them in your body for days or years to come. The scene in Psycho where Marion Crane and Norman have sandwiches also plays on repeat in my mind, forever. Oh! And Beatrice’s escape from the grave in Kill Bill Volume 2. It uses the visual and sonic power of film (little to no dialogue) to convey a world of emotion.

A three way tie: LB Jeffries in Rear Window, Peter Sellers in Being There, and Alice in Alice In Wonderland. They’re all people who can’t be easily defined and let their imaginations take the wheel, sometimes at their own risk.

I think I would want to know what secrets Stanley Kubrick knew about art, story, performance, sound, music, lighting and even self-confidence and artistic courage.