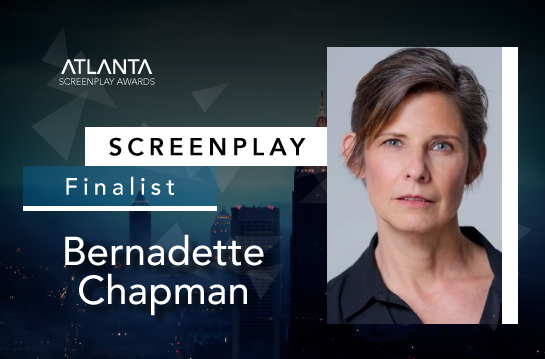 My good friend, Keller Fornes, who happens to be a fabulous actor (and who I’ve cast in three of my other projects) was getting into boxing last year and I LOVE boxing movies and we’ve been wanting to bring in our other talented friend, director Camilo Diaz on a project. So we said, “Let’s do a boxing movie.” I had no idea what the movie was about but wanted to set it in one of my favorite cities that I lived in, Baltimore, and to me Baltimore is a feisty, old lady, so Audrey showed up. I started writing a feature last February but knowing we wouldn’t have money to shoot that, I began working it into a short last summer. There was a lot of back and forth between me and Camilo for six months to get it tightened up to where it is today. We are scheduled to shoot it in August, but we’re still fundraising! The Old Lady & The Boxer

I begin writing a script with a general idea and a couple characters. Usually there is a scene rolling around in my head and I put it down. Then I spend weeks writing everything that pops in my head. I don’t make any judgements, if it is cliché or way off in leftfield, I just write it down. Once I get 60-70 pages down, for a feature, I take some time away from the script, then come back to it and see what’s there. Then, re-write, fill in the blanks, drop in the Easter eggs, re-write, get feedback from friends who are real critics, re-write and re-write. Take some time away from it, then edit again, until it feels finished, and then I have my critic/editors make suggestions until I say, “it’s done!”

I went to school for production, worked in production in DC and Baltimore for six years in the 80’s, then moved to Birmingham and didn’t find much work, so I went off into several different directions for 10 years or so. Then I got pulled back into the movie world as a producer and actress. Then I wanted to direct and the only way I could do that was to write my own script. So, I did. After a few projects I realized that writing is what I enjoyed the most, so I’ve been focused more on that.  I consider myself a filmmaker, so getting my scripts shot is also important.

I guess this would constitute an obsession with a TV show, haha. I would pull out my cassette recorder and record the audio of Starsky and Hutch. VCRs didn’t exist, yet. I would learn the lines and act out the show in the backyard. Another goofy thing I did was buy Star Trek paperbacks and adapt them into screenplays. I hadn’t thought about that in fifty years. Guess that was my first attempt as a screenwriter. Also built a model USS Enterprise and Communicator.

The emergence of Independent Filmmaking into the mainstream in the 80’s. Movies like Repo Man, Brother from Another Planet, Desperately Seeking Susan made me feel like I still had a chance to make movies.

Who’s your favorite character in cinema history? Why? Slip Mahoney (Leo Gorcey) from the Bowery Boys movies because he makes me laugh out loud. The ultimate, silly loser, you want him to do the right thing, but that wouldn’t nearly be as funny.

If I could talk to anyone from any era it would be the guys who built the Pyramids and ask, “how the hell did you do that?”