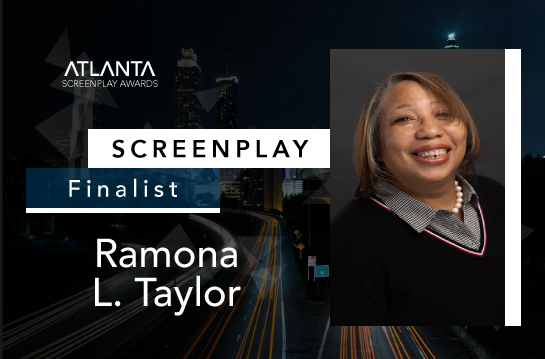 My name is Ramona L. Taylor and I was raised by the “greens and grits” mafia (aka my Southern family), in the lovely town of Milner, Georgia.  Following high school,  I graduated from Duke University and eventually, settled in Virginia, where I currently live.   While I am a lawyer by day, my hobbies are historical research, screenwriting, and filmmaking.

The idea for writing Blind Justice came from me speaking with lawyer friends about a book regarding the case of Virginia Christian v. Commonwealth. While there were novels written about the case, none of the other materials focused on the blind, runaway slave turned lawyer, who defended the poor, uneducated Black teen accused of murder.  Once I was sure that I wanted to write about Fields, the process took me about three months.

While writing Blind Justice, I actually did something different. I completed biographical research. I combed period newspapers. I researched Field’s family. I researched the limitations on Black lawyers in the 1900s. And, then, I read all I could about the murder trial.  Once research was completed, I began to write.  My process starts with the “Hero’s Journey” as the road map. Once my “hero” crosses the threshold, which in this case was taking on a dangerously complicated case, I went from there.  I completed the script in 30 page blocks until it was completed. After each block, a full review was done to iron out logic issues and gaps. Once the first draft is completed, I let the work sit – untouched for about a week and then re-read and revise.

I began screenwriting as therapy for a difficult divorce but did not realize that I wanted to become a screenwriter until I completed law school and worked behind the scenes on my first film set.

My biggest screenwriting influence is Aaron Sorkin.  His dialogue is incredible because of the remarkable rhythm he gives to the written word.  I work hard to give my words the same harmony.

As for filmmakers, I am still not sure if any one person influences me, but I admire the work of Christopher Nolan and Guillermo de Toro.

I am a big sci-fantasy fangirl and love the Lord of the Rings, Harry Potter and Star Trek franchises; however, I  am more obsessed with the books and drifted toward the movies in the cases of LOTR and Potter.   For the small screen, I don’t often obsess over series; however, shows like Hannibal, Squid Game, Moon Knight, Picard, and Doctor Who are my typical go-tos.  Each has strong characters in which I felt emotionally invested.

I am not sure that I have one favorite moment in cinema history, but I can say that the opening sequence, Circle of Life, in Disney’s animated classic Lion King, has always stood out with me.  I realized that nothing like that had ever been accomplished in live action or animation.   It left me proud and humbled in the same moment.

I have a bias for Star Trek and so my favorite cinematic character has been and remains Leonard Nimoy’s Spock.  In the 1960s through the time of Nimoy’s passing, I believe his Spock represented the world changing power of the outsider or outlier.

Interestingly, when I was young, I would have answered this question with a name like – Albert Einstein or Lincoln. Now, at a more mature age, I would like to have the conversation with my grandmothers and great grandmothers that I never had. I’d want to ask them what made them so strong.