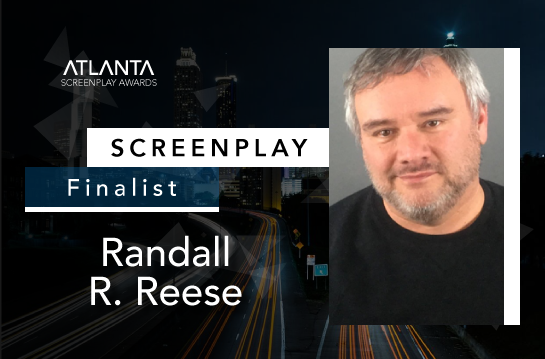 Randall R. Reese – I was born in Medina, NY, which is halfway between Buffalo and Rochester, NY. Although I moved to the Pacific Northwest for 10 years, I just moved back to my hometown. Screenwriting is my hobby until one of my scripts sells!

Where did you come up with the concept that just placed as Finalist in the screenplay contest?

I wrote the first half when the amusement park closed. When it was announced someone had purchased the park, I wrote the second half.

As far as what gives me ideas to write about, I’m not sure. I just have an idea hit me. I do have a historical fiction feature screenplay (and novel) that I thought was a story that needed to be told. I tend to write in a linear fashion. I start with one scene and go on to the next. I don’t usually skip around because I want to make sure everything connects together.

I recognized I was pretty good writer in high school. Years later I owned a standup comedy club. I thought it would be a neat TV show to see behind the scenes of a comedy club. That was my first attempt at a script, and it was horrible. It is locked away, never to see the light of day.

I actually never watched a lot of movies growing up and into adulthood. I still get a lot of  “You never saw that movie?!?”

Having grown up in the 80’s I am fascinated with The Goldbergs and how the creator was able to take snippets of old family videos and make whole episodes out of them.