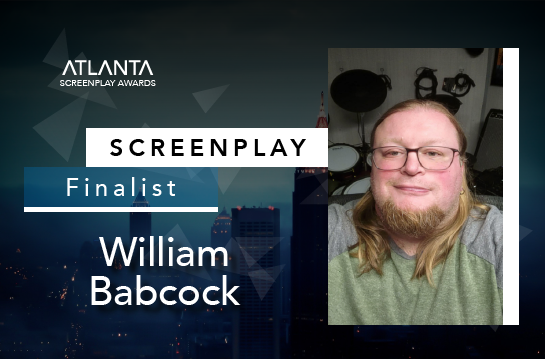 Where were you born?

Where do you live?

Making music, photography, astro-photography, videography, making beer, writing poetry/ song lyrics, kayaking, skiing, mountain biking, hiking, wine, cooking, learning as much as I can about what I love doing, and of course, screenwriting.

Where did you come up with the concept that just placed as Finalist in the screenplay contest?

An article I read about Mexican drug cartels and how much money they make from organ harvesting.

The screenplay went through multiple iterations before finally landing on the story it is. I’d say about two years to get it to a place I was happy with.

I was a barber for over twenty years and about ten years ago, one of my customers (now friends) decided he wanted to write a screenplay. He said he liked my sense of humor and asked if I’d ever written anything before. Up until that point I had only really written poetry, song lyrics, and a few short stories. Anyway, he wrote it and I did a huge amount of rewrites and punch-up. He financed the movie and it got made. It wasn’t good, but that got me hooked.

Early Rian Johnson (The Brothers Bloom is criminally underrated), early Ehren Kruger (Arlington Road, The Skeleton Key), The Spierig Brothers (Predestination), The Daniels (Swiss Army Man), Martin McDonagh (In Bruges, Three Billboards Outside Ebbing, Missouri), The Cohen Brothers, Shane Black, Guy Ritchie, Alex Garland. I love movies. I love movies that elicit an emotional response. All of these filmmakers have made something that has spoken to me. There are tons more, but these are the ones that come to mind, especially Ehren Kruger. When I was writing TRUST FALL, his movie, THE SKELETON KEY, was always in the back of my head. That movie is brilliant because it basically telegraphs exactly what is going on, but because you don’t know what’s going on, you don’t understand it until the end, and it’s still a twist. That’s how I approached my film. I want it to be a head scratcher, but when you re-watch it, you realize the truth was in plain sight all along.

Obsessed is a tricky word that teeters between insanity and love, which depending, are one in the same. But, if I had to throw one out there, I would say Friends. However, I despised the show when it was on the air (having never seen it, of course), but the concept annoyed me to no end. Then I watched it. Much like having to admit you actually loved Mmmm Bop (you know you did), I made the same declaration regarding Friends. It’s so well written and so well acted, it’s really hard to dislike. In fact, I do a marathon every year. Season 1 to season 10. I’m not obsessed, OK? I just, love it.

Wow! How does one answer a question like this? There are so many. But for me it would have to be between seeing the water tentacles in The Abyss for the first time, or seeing bullet time in the Matrix. I know there are way more “important” points in cinema history, but this is a personal question with a personal answer. Honesty is key.

There are many, but the one that jumps instantly to mind is Trey Parker as Joe “Coop” Cooper in BASEketball. I am pretty sure I am one of the few people who saw this in the theater, but something about the character resonated with me. It was pretty much my comedic sensibility and timing to a tee. Even though TRUST FALL is not a comedy, comedic screenplays are where I am headed next.

Myself in 1996. I’d tell me that the acid was bad and the cocaine was laced with something that was no bueno. But knowing me, I’m sure myself wouldn’t have listened to me because 1996 me was smarter than 2022 me. 20 year olds always know more than the older people trying to impart wisdom upon them. Unless, it’s a 45 year old talking about drugs. So, maybe I would have listened to me? Mind trip. But, I would totally tell myself to invest in something called Google. But then I am sure I would have invested in Lycos, just to spite myself. Sigh. Time travel. What a bitch.